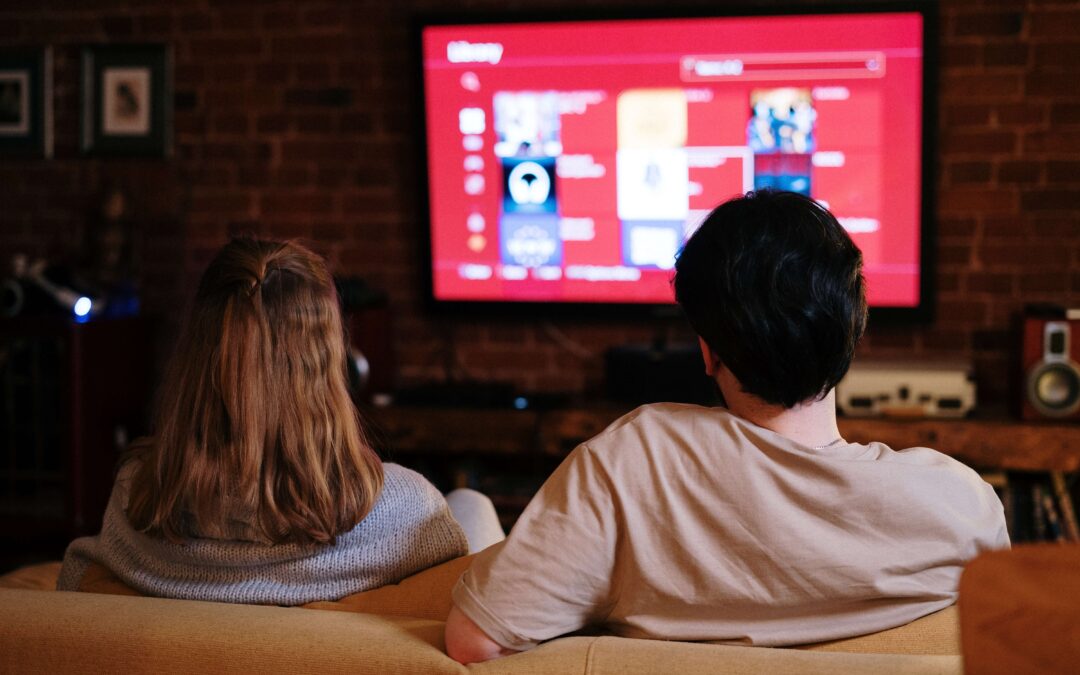 After a journey of Apple TV and all its classy variants by the company every year, Apple has entered the android TV segment and launched its new application exclusively for android TV devices – Apple TV+. Apple TV+ is regarded as purely a streaming service for Android TV users. It primarily has Apple Originals, including innovative documentaries, comedies, engaging dramas, and a complete bouquet for a family. The monthly subscriptions in India start with as low as ₹99 per month after a seven days free trial. Also, Apple One – another app’s subscription model includes Apple TV+ in its services, making a win-win situation for Apple fans.

Netflix Inc. is an American-based subscription streaming service and a production company. With being the early one in the streaming service industry, Netflix has already made a strong fan base and has reached a majority of the compatible devices in all homes. Netflix brings up a library of films and television series. The subscription model varies on the required number of devices and content. With a lack of commercials, ease of use and class of content, it has always been a unique model in the industry.

Amazon Prime Video, informally known as just Prime Video with the parent company being the e-commerce giant Amazon is another streaming platform available on every device from a basic smartphone to the TV. The subscription model for Amazon is unique, providing the benefits of ease of shopping, ad-free music, and, of course, a video streaming service. Amazon creates, promotes and adds new titles on a single subscription basis in India. Recently Amazon Prime Video came into the sports live streaming and signed an agreement with the New Zealand Cricket Board attracting more users.

With a mission to give every creator and an artist a voice and make them reach out to the world, YouTube was launched by the parent company Google. With its already established tech expertise, the parent company didn’t take much.

Time to make YouTube stuff in every individual’s mobile phone and, later on, TV sets. YouTube provides a good collection of songs, movies, films, etc. The non-subscription model of YouTube with ample availability of content made it grow exponentially through later ad-free subscriptions. To summarize, family-friendly content with a great algorithm gives you good curated stuff.

Previously known as Hotstar in India was later merged with Disney Plus and named Disney+Hotstar. It brings you classic Disney animated movies, Pixar, Star Wars, etc. Hotstar is also popularly known for its sports streaming, as it was among the early movers in this segment. So a single app brings you maximum good stuff at affordable rates starting from as low as ₹ 499 per year.

A music streaming app which brings you a set of playlists for your every mood and radios for all your genres. With availability in all regional languages, both the apps have placed in-app drawers of the users. So for party nights and a swing mood, it can be a great companion with no more pieces of equipment or struggle required for musical nights.

Plex is a free application that makes content sharing easy for you to watch on a bigger screen. This becomes one among all other applications available for any smart android TV. It allows you to share the content on any other smart device straight to your smart TV. Any type of media file can be cast with ease. Plex also allows you to build and maintain your local video server.

Every user wants a magnificent viewing experience with options to modify his player settings, whether the playback speed, the aspect ratio, or all-around audio. This single application can do this all. It also automatically

Categorize your data into audio, video and others accelerate the hardware system for a better viewing experience.

These are the top apps you can install on your smart TV. If you have a Vizio Smart TV then you must know how to add apps to it, just to make the most out of your TV viewing experience. We hope this guide was helpful to you.