A Robot to recycle Apple iPhone 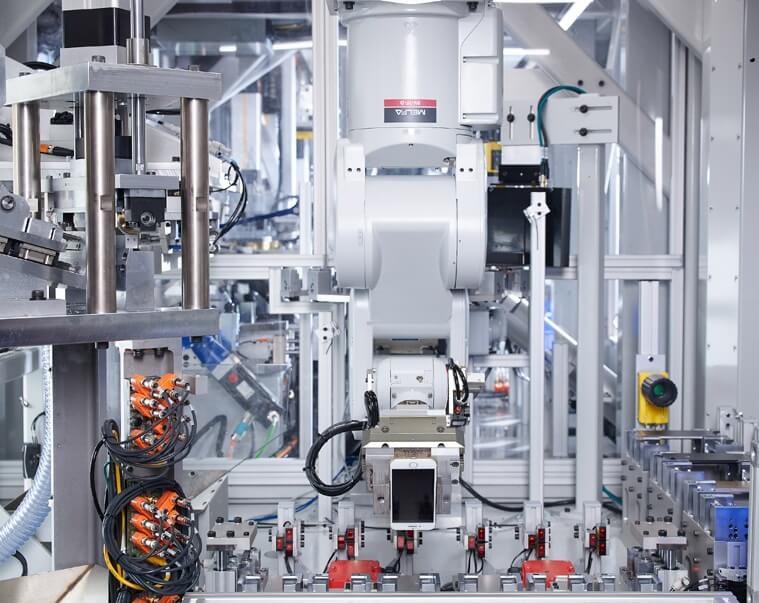 Apple set to change the whole process of recycle and reuse of electronic items with it’s new innovative ways.

In it’s a plan to become a “closed-loop” manufacturer where the company does not rely on the mining industry, Apple comes with it’s own prepared robot also called “Daisy”.

Apple’s Daisy robot is able to break apart iPhones in a way that 14 minerals including lithium are getting extracted and can be reused. This is an addition to the list where Apple is already using recycled tin, cobalt and rare earth in some of its products.

Daisy lengths less than 20 yards and uses a four-step process to remove an iPhone battery by a blast of -80 degree Celsius air and then pop out screws and modules, including the haptic module which makes a phone vibrate.

It works at an astounding speed which results in the tearing apart of 200 iPhones an hour. Further, the components are sent to the recyclers to get minerals refined.

Lisa Jackson the head of Apple’s environment, policy and social was found saying as they are not creating a situation where the mining industry has to worry. According to Apple, the rising popularity of electric vehicles will need much more newly mined minerals in very large quantities. So there is nothing for them to fear regarding the ongoing development.

According to one source, Apple is ready to share it’s Daisy technology with others.

However, “not all the minerals can be recycled so there is nothing to worry for the mining industries”, said Tom Butler, president of the International Council of Mining and Metals. He further added that Apple is in such a position that they can do it, but not all the manufacturers can follow the same thing.